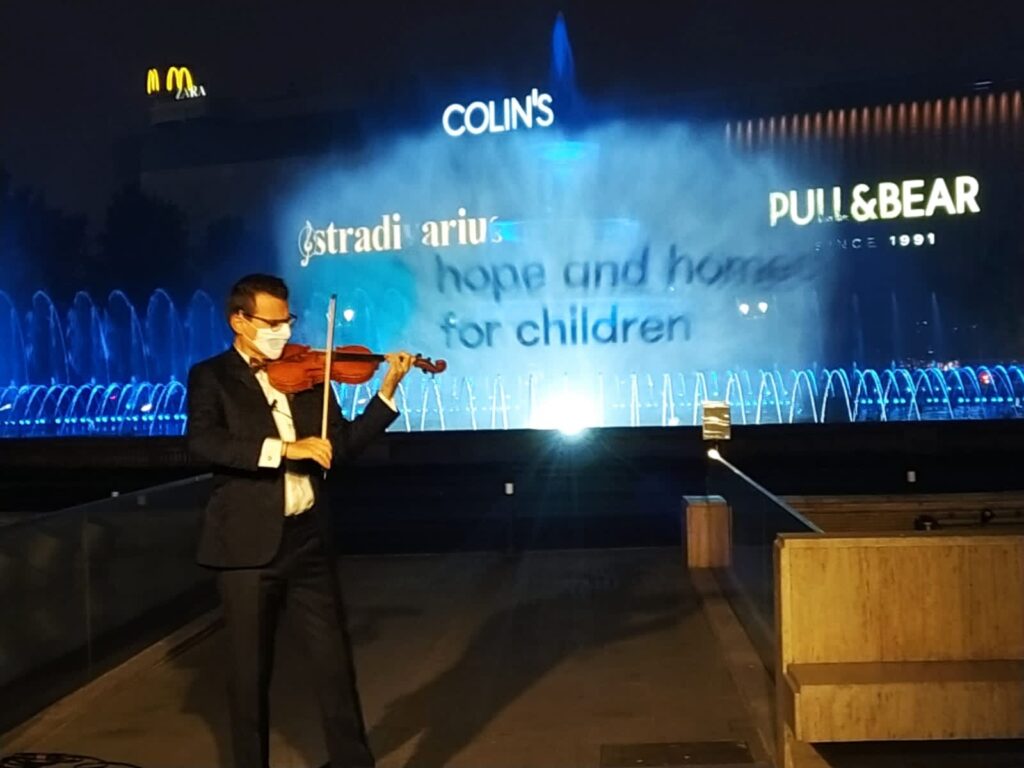 On the 9th of November, Hope and Homes for Children celebrated World Orphans Day, through an event organised in Unirii Square in Bucharest, together with the Foundation’s Ambassadors, Amalia Enache, Alexandru Tomescu, Marius Manole and Mihai Morar. The central fountain in Unirii Square was illuminated in blue, the symbol of Hope and Homes for Children and violinist Alexandru Tomescu, held an outdoor recital dedicated to all children who undergo or have undergone the trauma of being separated from their parents and of being institutionalised.

“The moment I found out about this project, I gladly joined in. Today we are fighting the pandemic. A pandemic comes and goes, but for a child the loss of their parents is something permanent and something that cannot be forgotten. The mission of Hope and Homes for Children during this time is a very important one: to help no less than 1600 children in extreme poverty. Whether we want to or not, winter is coming, they have no warmth, nothing to eat, maybe their roof is leaking and Hope and Homes for Children meets exactly these basic needs. I think each of us has the duty to be involved and to help. Of course it may seem complicated to change something like that, but things are simple. A simple SMS with “HOPE” sent to 8844 can save the life of a child. Tonight I played the Prelude in E major by Johann Sebastian Bach, and I believe that such a positive gesture that we can do could be the beginning of a better life for children”, said violinist Alexandru Tomescu.

The event was made possible thanks to the efforts made by Apa Nova, who put the central fountain into operation especially for this event.

Today, there are more than 4,800 children who live in 166 institutions in Romania. Tragically, millions of children all over the globe have been orphaned or do not grow up together with their parents and families for several reasons: war, hunger, migration, illness or poverty. In order to make sure that these children are not forgotten, there is a special day dedicated to them: World Orphans Day, the second Monday in November.

Recently, World Bank announced that extreme poverty is increasing for the first time in the last 22 years and estimated that the effects of the pandemic will push towards extreme poverty between 88 and 115 million people during this year alone, especially in countries facing increase poverty rates, such as Romania. Given that in 2019, Romania already ranked first in the EU, according to EUROSTAT, with 1 in 3 children living at risk of poverty and social exclusion, the situation is becoming increasingly alarming: in the absence of the basics to survive – a roof over their heads, the heat in winter, or at least one meal a day – children are separated from their parents and inevitably end up in foster care or in special forms of protection.

Extreme poverty gradually separates children from their parents until the separation becomes permanent. Send HOPE to 8844 and help them stay together!

Hope and Homes for Children issues a warning regarding the increasingly higher number of children that risk to be separated from their parents and end up in orphanages, given the pandemic and the extreme poverty that deepens for vulnerable families who have no jobs. As a result of this appeal, the Foundation would like to support 1600 children at risk and their families, through intergrated interventions that would keep the children safely at home in the future.

Those who would like to help can make a monthly donation on the platform www.pretulbinelui.ro. Each donation matters and can make a substantial difference in a poor family’s fight for survival.

In more than 20 years of activity in Romania, 58,000 children benefitted from the services of Hope and Homes for Children. The Foundation contributed to the closure of 58 old-type institutions in partnership with local authorities and built 110 family-type homes for the children who cannot live with their families. Hope and Homes for Children Romania also implements a programme to prevent the separation of children from their family in which it provides support to vulnerable families and stops the entry of other children in the child protection system and in institutions. 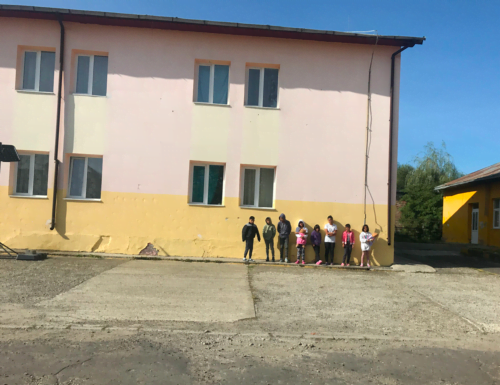 Previous Post Hope and Homes for Children will build the first family-type home in Brașov County, with support from the Carl von Linde Foundation 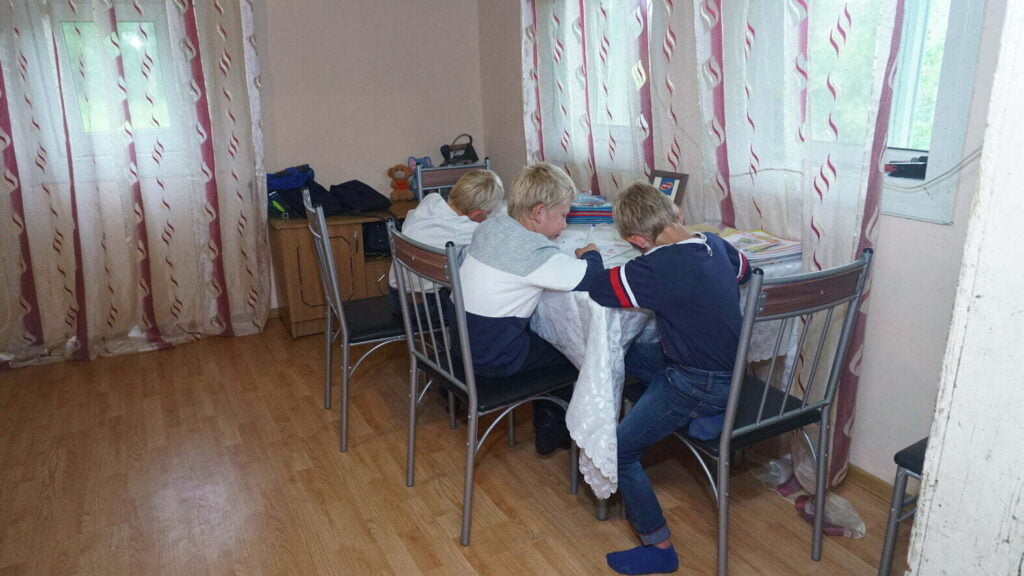 Next Post PEPCO Romania continues to support the children from the Hope and Homes for Children Programmes with a donation of 75,000 Euros